Sporting 87 of my Ad Hoc stories on my Litographs scarf. December 2017

Once described in the writing world as a ‘third space inhabitant’, S.B. Borgersen, originally from England, writes and makes art on the glorious shores of Nova Scotia, Canada.

Sue’s favoured genres are poetry, short and micro fiction. She is published internationally in anthologies, and arts and literary magazines, in print and online. She’s currently re-working one of her fourteen NaNoWriMo novels into a novella-in-flash.

S.B. Borgersen was a long-standing member of The Nova Scotia Writers’ Federation, a keen member of the expat writers’ group Writers Abroad, and a founding member of The Liverpool Literary Society. Sue was a judge for the Atlantic Writing Competition (Poetry Category) 2016 and Hysteria (Poetry) 2017.

Her collection of 150 micro fictions (While the Kettle Boils) will be published by Unsolicited Press, Oregon, in early 2021.

Achievements and publications - S.B. Borgersen:
1958 My Life Story: told by Laika, the sputnik dog in The Crusader, the first school magazine from King Richard School Dhekelia.
The missing years, mountains of non-fiction, only slightly creative, technical and training documentation.
2000 The Wings of the Doves in A Drop in the Ocean, a collection of six short stories, published by Brave Waves. A writer initiated project, a result of the NSCC creative writing programme.
2000 2nd place with The White Wisteria in South Shore Literary Society annual competition. ($50 prize!)
2001 2nd place (poetry) with Life in the Atlantic Writing Competition. (another $50 prize!)
2009 The big breakthrough: Sister of No Mercy, one of 75 poems from poets around the world in Leonard Cohen You're Our Man, from the Foundation for Public Poetry, to celebrate Mr Cohen’s 75th birthday. Leonard Cohen You're Our Man
2011 20 Winners at the Game of Life, essays by successful women, published by Parker and Watson. 20 Winners at the Game of Life
2012 Mail Order Bride in Foreign Encounters, a Writers Abroad anthology.Foreign Encounters
2012 Layers, poems and photographs. Self published using Lulu Layers
2013 Shortlisted by the CBC for The Song that Changed Your Life.
2013 Edited, designed and produced Distant Voices, talking drums A Six Week, Long Distance Poetry Project for More Writers Abroad. Published using Lulu. Distant Voices
2013 Peeling, 39 poems and photographs written in 2012 and 2013. Published using Lulu
2013 Knickers a creative non-fiction essay, was published in the anthology Foreign and Far Away. This work subsequently received acknowledgment from the provincial government of Nova Scotia for the manner in which it addressed the tragedy of the Bangladesh factory disaster and compared it with excellent working conditions in the Maritime underwear factory, Stanfields, 100 years earlier. Foreign and Faraway
2013 to present: contributed to ArtAscent, the international arts and lit journal with flash fictions: Emergence, The Sequence Dance, The Green Dress, Loved to Death, and Three Anthems for Althea, along with the poems, The Feel of Dark, Eating an Orange Before Breakfast, and Point of View, in addition to visual art. ArtAscent
2015 Solas, a collection of short poems on the subject of light was published in Kaleidoscope.Kaleidoscope
2016 Stiff as Boards, short story set in the Canadian Maritimes, published by Centum Press in 100 Voices Volume 1.100 Voices volume 1
A consistent contributor to Ad Hoc since January 2016, with her micro story, Walter’s Quest, being pronounced a winner in September 2017. http://adhocfiction.com
2016 Then I Kissed Her in Adverbially Challenged published by Chris Fielden. http://www.christopherfielden.com
2017 Wrong Stones in Nonsensically Challenged also published by Chris Fielden
2017 Shapes and Trip of a Lifetime, two short stories, shortlisted by Writing magazine.
2017 Tonight’s the Night longlisted in the Bath Flash Competition and published in To Carry Her Home - Bath Flash Fiction Volume 1. To Carry Her Home

2018 My poem 'How You Think You Might Find Happiness' published by ArtAscent in their April 2018 issue. https://artascent.com

2018 Tuesdays (a short-short story) accepted by Flash: The International Short-Short Story Magazine for their 11.1 edition. 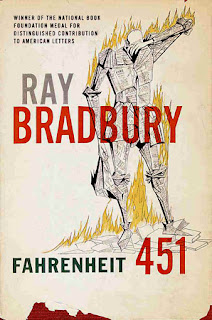 “Fiction is a lie that tells us true things” is a quote from Neil Gaiman’s foreword to Ray Bradbury’s Fahrenheit 451.

I always read the front matter before I embark on any book. Much careful thought goes into forewords and acknowledgements in my humble opinion. And when a statement like Gaiman’s jumps out of the e-page at you at 3 am, you, if you are anything like me, sit up and take notice.

And yes, write it down on that little notebook by the bed.

But, why oh why was I reading Fahrenheit 451 at 3 am? Because I’d taken up the Literary Taxidermy challenge earlier this year: to take the opening and closing lines of said novel - and stuff my own words in between.

Oh what joy this challenge was, to find new characters to blossom, to explore settings, to discover emotions. And find a course for these components from opening to closing lines. Not wondering how you would get there, or how you would move everything from A to Z with the limited word count. And to feel just a tad uncomfortable.

I re-read my submission this week (after that Gaiman light bulb moment) and, in spite of those constraints of the challenge, I found I had, subconsciously, immersed so many truths in my fiction.

It was a moment of realisation. Of understanding why I write fiction. Why I feel I must tell these stories. And why I must trust my instincts to tell things in my own way. I suspect I do this a lot.

I am appreciative of the gauntlet thrown down by the Literary Taxidermy challenge and admit I wouldn’t have a. written the story at all, or b. read Bradbury (and thereby missed the foreword) without that challenging lure.

But most of all I’m thankful for this shift in my deeper understanding of fiction. 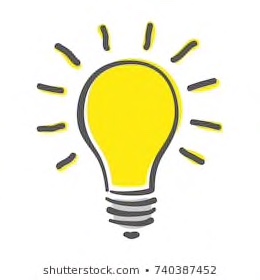 Posted by Susan Borgersen at 6:42 PM No comments:

Work continues to be submitted. And - woo-hoo - work is getting accepted for publication.  Here is an update:

Tunnel vision was long-listed by Micro Madness in New Zealand on June 1st. The story found itself in excellent company - so long-listing was plenty good enough for me.

Pink Capri won a second placing with Strands Publishing. So nice to get paid. you can read it here

Trip of a Lifetime - once shortlisted by Writing Magazine found itself a home on July 9th with Cafelit. you can read it here - you may need to scroll down to 9th July


Posted by Susan Borgersen at 1:57 PM No comments: